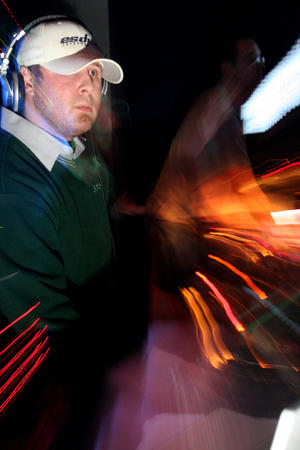 Born and raised in South Carolina, Christopher Self / “DJ Krisp” has been captivated by electronic music ever since his first exposure to the Orlando & Tampa, Florida breakbeat sound in the mid 90’s.  This love of the underground sound has evolved into an unparalleled passion for the bass-driven and hard-hitting sound that echoes from the speakers.  This aural fixation has served as a catalyst in his musical endeavors both as a DJ and in the studio as an Engineer / Producer.His attributes include being a part of the widely respected “illeven:eleven recordings” imprint ran by breakbeat guru Keith MacKenzie and one of the foremost breaks labels in the Carolina’s, Next Level Recordings.  Krisp also is a member of the internationally recognized FUTURE SOUND of BREAKS movement.  His exclusive invitation to perform @ the annual Future Sound of Breaks event during the Winter Music Conference in Miami, along with contributions on releases of illeven:eleven and Charlotte based Next Level Recordings, Krisp has established himself as one of the most accomplished purveyors of the broken beat sound in the Carolina’s.  He has received recognition from artists such as DJ Icey, DJ Deekline, Keith MacKenzie, DJ Fixx and Merlyn, due to his talent both on the decks and in the studio, as well as his desire to push forward within the breakbeat phenomenon