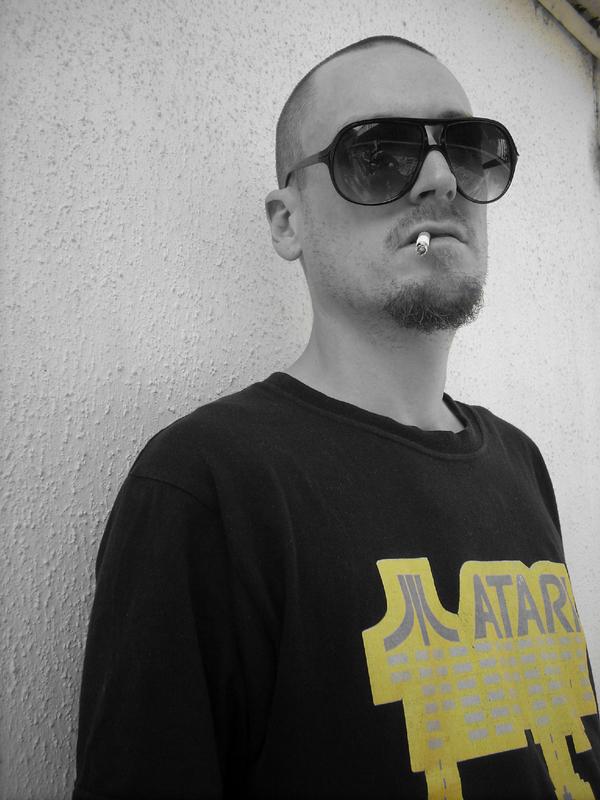 "People look at me funny and repeat the phrase 'Chilean Juke'  as if they have heard the two words before, but never in that order... For the last 20 years I have been making all kinds of music, but my bipolar nature has ensured that at any given moment I would have been making straight up rap music and pure techno for parallel projects. Around 2007 when we were all still distracted with big warbling dubstep, DJ rashad released "Jukestacy" and the game, in my eyes, changed dramatically. There had never been a more practical example of a mixture between ghetto house/techno beatmaking and the sample chopping of hip hop. I knew as soon as I heard 'On Your Face' that the fellows in Chicago had nailed down something myself and the crew had been dancing around for nearly 15 years - and they called it Juke!"


Fast forward several years and Gunjack finds himself surrounded by Chilean producers hungry for the "new" sound, he begins to mentor young beatmakers from a local collective called "BOUNCE LIFE CREW" and the Chilean Juke sound is born.

"You can tell when some dude from UK or somewhere in Europe is experimenting with footwork... the sound is so clean and not raw at all like the real dope from Chicago... Thankfully we never suffered from that syndrome, the 808s, ghetto house profanity and mangled samples have always been part of our studio vocabulary so that lends a certain authenticity to our production. 20 year of making acid, techno, ghetto house and rap music mean that to the crew and I, the sound just makes sense."


Describing the difference between Juke music from Chicago and Chilean Juke music, Brian says: "Here fools don't dance. Every motherfucker is too cool for school and so that competitive vibe was drained out of the dancefloor and found it's way to the studio. Beatmaking is a competitive sport here and a high degree of experimentation and ingenuity are expected from the get-go! Chilean (Juke) music is a bit more tricked out but still feels ghetto and raw."

In 2014 Gunjack formed the REPOTRAX imprint and he and the founders of the Bounce Life Crew finished the very first Juke record made in Chile - "Bounce Life Tracks EP", soon to be followed up by "In Da Club" 12" featuring a remix by none other than Teklife's own - TRAXMAN.

"The Chicago/Santiago connection is real! Chile never really had it's own genre, people out here were happy looking to the UK for indications of new directions. Fortunately this is no longer the case and the homies finally realize, Juke is an AMERICAN genre... North American, South American, Chicago, Santiago, we finally have something that is ours!"


For now Calfornia's Journees Music, Gunjack's home state is thankful to have him back and looking forward to more collaborations in the future.